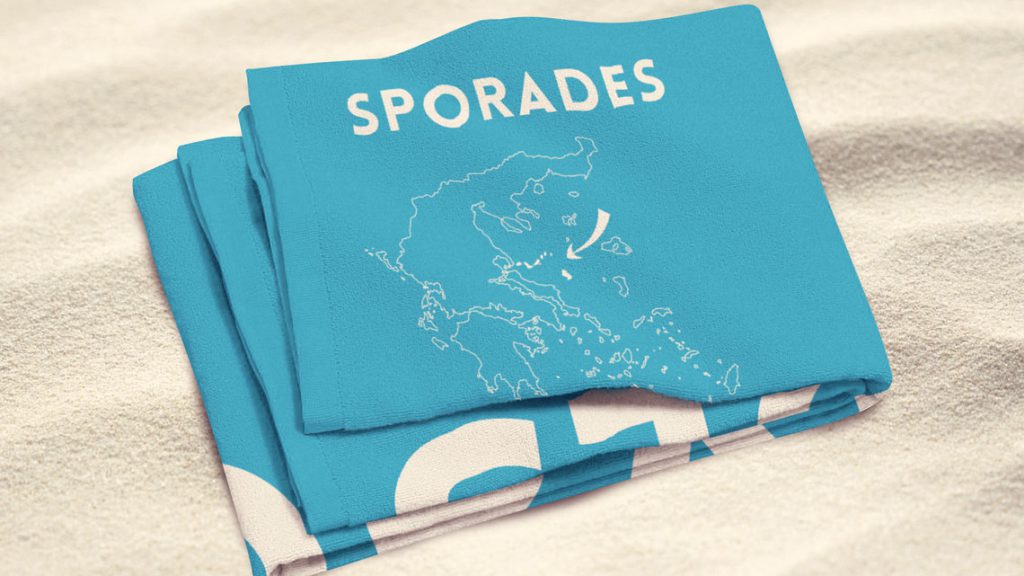 The Sporades form an archipelago that splits itself a little bit apart from the other Aegean islands , they extend along the eastern coast of Euboea and Magnesia. The islands of this group are particularly beautiful and, as well as the coasts of the provinces Sterea and Thessaly, densely forested. Crystal clear, Turquoise Sea, Golden sandy beaches and rugged cliffs, flat hilltop villages in the traditional manner and with deep-rooted traditions, castles, Byzantine churches and dazzling white chapels await the visitor. Within the skilful hands of the local People, are formed products of folk art, Scenic costumes are worn in some villages even today. The tourists can relax in a quite and calm environment in nature with the modern amenities that are offered by superior accommodations, enjoy the solitude of remote small bays and the cosmopolitan atmosphere of the lively seaside resorts. One can enjoy meals from Fresh fish and seafood in the taverns and on the Lively nightlife in the discos, and the Specialty venues of young people . In other words, the four islands of the Sporades offer something in every price range and for every taste.

From a administrative point of view, Skiathos , Skopelos and Alonisos belong to the Province of Manisia and Skyros to the Province of Evia. In this part of the Aegean there are except for the Sporades, scattered around many small uninhabited islands, those are for example, Psathoura, Yioura, Prasso, Piperi, Kyra Panagia, Lechousa, Peristera, Adelfi, Skantzoura, Skyropoula, Valaxa and Sarakino. The Sporades were inhabited since the Minoan and Mycenaean period and had there first prosperous time during the 8th Cent. BC. They maintained busy trade connections. They later took part in the Persian Wars and were, by the end of it, a member of the Delian League. In 86 BC. the Sporades were conquered by the Romans.

During the Byzantine period its importance fell and they were often attacked by pirates and served the rulers as exile. Until1538 they were then feudal property of the Franconian family Gizi. During the following period of the Ottoman domination they were exposed to pirate raids and lost every economic importance again . The inhabitants of the Sporades were active involved in the wars of liberation and acquired in 1830 by the Treaty of London their freedom.

Our guide to the island of Skyros

END_OF_DOCUMENT_TOKEN_TO_BE_REPLACED

Our guide for the island of Skopelos

END_OF_DOCUMENT_TOKEN_TO_BE_REPLACED

Informations about the island of Alonissos