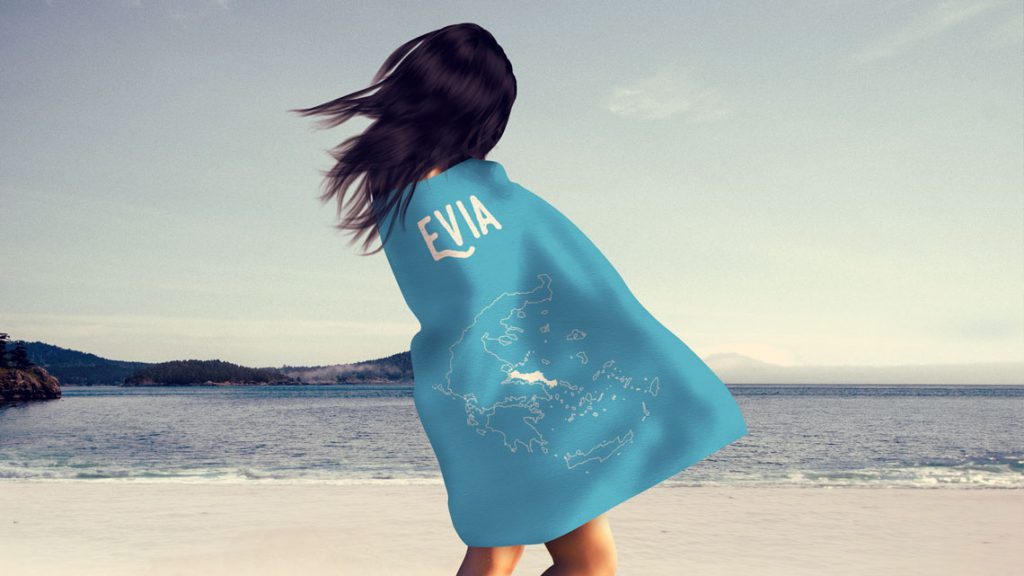 Evia is the second largest Greek Island after Crete, but usually can Evia is not seen as an island , but as part of the mainland . In fact, its soil and vegetation of the opposite coast of the mainland are very similar and one could compared to the Gulf of Evia which separates the island from the mainland, with a width river, which is crossed by a bridge, the bridge of Halkida , which connects the banks of each other.

In many places you’ll find ferries connections between Evia and the mainland: Glyfa , Agios Konstantinos , Arkitsa , Oropos , Agia Marina , Rafina and many more . The land area of ​​Eboia approx , 3658 km2 lare, the length of the island is 180 km and has a width of 7km to 48km . The coastline is a total of 677km .

Evia is divided into three regions , North, Central and South Evia . The North is out of flat mountains and hills and a large plain to the sea . Central Evia is mountainous with the highest peak being the Dirfi (1743m). South Evia is flat, with the highest mountain in that region being the Ochi . Evia is also rich in rivers and hot springs .

in ancient times Evia was called Makrys, Dolichi and Ellpia . It was inhabited since the Neolithic Age . On the Trojan War , the island was involved with 40 ships . Its greatest prime had the island during the 8. Cent. BC.

The largest cities of the island, Chalcis and Eretria, founded colonies among others in Sicily and southern Italy . In the 5th year BC.. it was conquered by the Athenians , later by the Macedonians In 146 BC. Evia has been integrated into the Roman Empire. In Byzantine times Evia belonged to the province Hellas, with Chalkis as its capital.

In 1205 CE. Evia was conquered by the Franks. From 1470 to 1833 the Ottomans ruled over the island . Towards the end of the 17th century the Venetians besieged Chalkis unsuccessful. In 1821 the residents of Evia where involved in the liberation against the Ottomans. Towards 1833 the island was then integrated in to the new Greek State.

How to get there

By Speedboat
From Rafina connections to Karystos and Marmari, Nea Styra, Chalkida. From Agios Konstantinos connections to Aidipsos, Limni, Chalkida, Oreoi. The transportation to Agios Konstantinos is handled via Busses by the Ferry company.
From Volos to Paralia Kymis. During the summer also to Pefki, Oreoi.
Informations:
From Paralia Kymis to Skyros, Alonnisos, Skopelos, Pevkochori, Marmara / Chalkidiki (only during the summer). Several Ports in Evia offer - by Ferry or Speedboat - also connections to the Sporades, Thessaloniki, Kamena Vourla, several Islands of the Cyclades, Trikeri etc.

General informations about south of Evia

END_OF_DOCUMENT_TOKEN_TO_BE_REPLACED

Chalcis, all you need to know